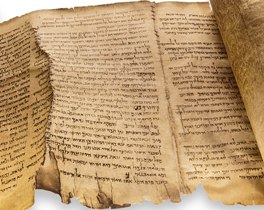 Documents recovered from Kalidnay by Lionus of the Lost Oasis. They were seen and translated by Li-Am and contained a partial history of Kalid-Ma throughout the ages.

Rajaat sent all but fifteen of his students away. My ambition and suffering had paid off, for I was one chosen to remain. We gathered at the Pristine Tower and there he transformed us using his own power amplified by the Dark Lens . We became his champions and he tasked us with carrying out his will and I was chosen to destroy the Minotaurs who had been plundering our coastal cities for far too long.

Knowing that the prison created by Gallard would not hold, we transformed Borys into the Dragon using our powers multiplied together through the Dark Lens. The insanity that it caused him was unforeseen and we fled, fearing what had been created. It was during this confusion that the two Dwarven Knights, Jor’orsh and Sa’ram, who must have followed Borys after he retreated from the siege of Kemalok, stole the Dark Lens.

The Dark Lens is the only piece that I am missing, but all my attempts to locate it have failed. The others are looking for it too, so my spies tell me, but they have not met with success. Several of my agents have returned with the knowledge of its location, but each one died most horribly as they attempted to relay the information.