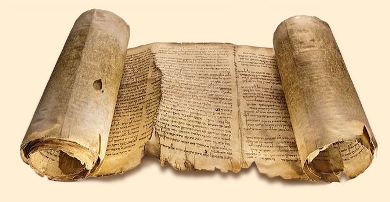 An ancient set of scrolls describing some of the history of Athas and several gods. The scrolls were kept beneath the ruins of Kemalok, until the were discovered by dwarf excavators. Gwyn and her allies translated the scrolls for the dwarves.

It is believed that in the year of Enemy’s Fury of the 11th King’s Age that the Dawn War finally came to an end, with the god’s defeat by the primordials and the end of the Green Age. What remained of the gods or where they went is unknown, but they spoke to us no more.

We, the Sonlinor, did not realize how lost we were without Moradin’s inspiration. The Soul Forger inspired us to improve ourselves and battle our pride and isolationist tendencies. Without him, our good nature and harmonious existence with the other good races became lessened. Too late would we realize the dire situation we were in.

Had we paid more attention in the 144th King’s Age when the Wars began, we would have banded together to stop the Champions. Our isolation led us to believe we would be able to weather the trouble like the mountains weather a storm.

Instead of concern, we rejoiced in the 147th King’s Age when Sacha of Arala defeated the last of the kobolds. One of our ancient enemies was no more; how could that be anything other than a blessing. No matter that the communication with our distant kingdoms had slowed.

In the 155th King’s Age when Daskinor exterminated the last of the goblinkind we rejoiced for another evil race had been removed. We knew not that this age saw the last pixie as Wyan of Bodach had quietly completed his cleansing.

We searched the lands for signs of our gods, but found it to be so ravaged that nothing but rubble was unearthed. We learned of the death of many elves by the forces of Albeorn of Brunswich and the attacks on our distant relatives in the Iron Mountains by Borys of Ebe. Of the gods, however, we found no signs.

In the 162nd King’s Age, 200 years after great cities of Ebe and Arala were swallowed by the expanding Silt Sea, we finally found a divine relic, a Crystal of Ebon Flame, buried deep under the mountain, among the ruins of the fortress of Khaz-dan.

The chamber bore the markings of Moradin and although the language was all but lost to us, we were able to decipher some of the texts.

The crystal was the remnant of a deity known only as the Chained God. Moradin and others had bound this deity near the end of the Dawn War to protect him from the wrath of the Primordials. If there was a key to releasing the Patient One and returning divine power to the world, none was found in the ruins. There were warnings of the anger of the Primordials and a curse they laid upon the crystal, intending to ensure their total victory in the War.

In secret, we moved the crystal to the last, strongest bastion of our people, Kemalok. There we hoped to unravel the mysteries around it and perhaps be blessed by the Dwarffather once again. With his guidance and wisdom, we would prevail against the terrible might of Borys.