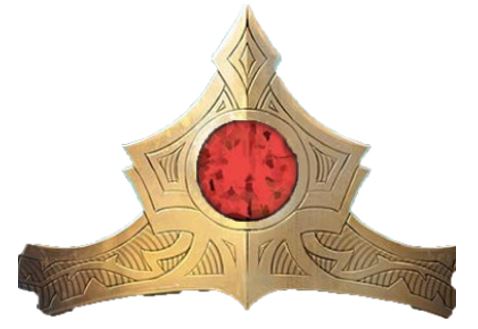 Description:
This relic is a fragment of a crown of gold, about a third of the whole. It is inset with a blood red glowing crystal. The piece is still wearable – barely. Visions of raging sandstorms warm the blood of those who wear the crown.

History:
A millennium ago, Ul-Athra was bested by the Dragon. The beast broke the primordial’s crown into three parts, all of which were lost to history.

This first fragment was recovered by Castri when he found it in the Face in the Stone.

Another part of the crown, a jewel, was in the possession of Yarnath, a powerful defiler. Yarnath joined the the jewel with the first fragment, increasing the power of the crown. This was recovered by Kelvor following the defeat of the defiler.

The crown was lost in the city of Moil when Kelvor was slain by the Tortured Vestige. It was recovered some time later when Gwyn defeated the vestige and claimed the crown for herself.