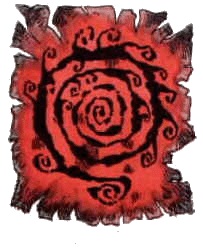 A being mentioned in the Scrolls of the Sonlinor who is perhaps the last God and was kept safe from the primordials during the Dawn War by being locked away someplace safe.

According to the research done in the library of Evan Moreau, the Chained God is rumored to be a being of great and terrible evil that is bent on the destruction of all worlds. No specific name was given to the Chained God, nor were many concrete facts found.