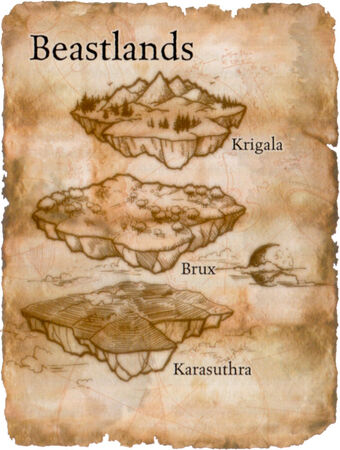 The Beaslands are an outer plane of existance where the spirits of good-aligned animals and humanoids who have an animal spirit reside after their death. The vast majority of inhabitants are sentient animals.

The Beastlands can be reached via emerald green portals from the Astral Sea, the River Oceanus, or from the Outlands.

While in the Beastlands, people are overcome with the desire to participate in the hunts and tend to take on animalistic qualities.

The Beastlands have three layers: