Kelvor is a man that walks with confidence of someone who is well trained to defend themselves and others. He wears loose cloth over his scorpion scale armor in order to not draw attention to himself. His scimitar and shield are always ready in case of trouble. His travelling clothes are usually drawn up over his head.

Kelvor has embraced the life of a mercenary, willing to hire himself on for the right price. Unlike many of his profession, he does consider the consequences of the jobs he takes. He speaks little about his past and deflects any questions about his training in the art of the Way. Kelvor eventually joined forces with a group of adventurers calling themselves Obsidian Storm.

It has been revealed that Kelvor’s real name is Dravus and that he is a former member of the Balic navy. He was recruited by the praetor Tethrades for experimentation in unlocking people’s potential with the Way. The experimentation was more akin to torture and Dravus escaped, becoming a wanted man.

Kelvor has had many adventures, in which he… 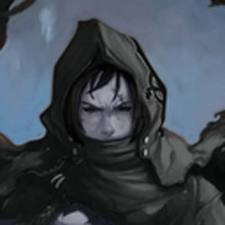