To Save the Village
When they returned from the catacombs, the party was met with a mixture of awe and respect. They had clearly demonstrated that they had the best interests of Kemalok as their concern. Lyanius agreed to lend their support in the hero’s attempt to overthrow the forces of Urik occupying the village of Kled. After their combat in the quarry, the forces of Urik were alerted to the heroes activities. They were now fortifying their position in the village.

Before they left, the corpse of Rkard, the last king of Kemalok presented Morg with his axe, a magnificent steel weapon. Morg felt the weight of the responsiblity of the gift more than the weight of the weapon itsefl. Rkard gave to Gwyn a tome written in an ancient dwarven language that none alive could translate. Her magic would allow her to decipher the ancient text, given enough time.

Morg and Vinara were each given their own group of dwarf soldiers for support and went out into the village, moving into the city towards the central well. After securing the well from a group of templars who appeared to be attempting to poison the water supply, a crashing sound from the north, the direction of the obsidian quarry, shook the village. They moved into the mine and prevented the Urikites from collapsing the entrance. Along the way they were able to recruit more dwarves, but also lost many in their fierce combat.

Kelvor, Elleandra and Gwyn took their dwarves and moved around the south edge of the city towards the detention area. They were forced to move slowly as they encountered heavy resistance from the Urikites and their halfling scouts. After picking up additional dwarves who were willing to fight, they stormed the detention area to find a great many of the dwarves had been slaughtered by their captors. In one cell they found the body of Chai-Tak, who had apparently been taken captive and executed.

The two groups eventually joined up outside the commanders tent and proceeded in. Having secured the important village locations and cut off all escape routes, they felt confident that the command would have not option but to surrender or fight. 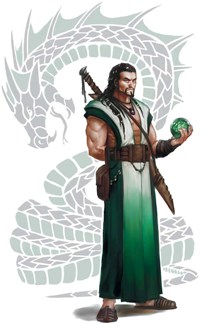 The dwarf soldiers were left to prevent Urikite reinforcements from entering the battle. The heroes found the Urikite commander surrounded by a number of robed allies and a small group of halflings armed with viscous looking weapons. Introducing himself as Maetan Lubar, he offered a chance to surrender and be spared, which was declined. A deadly combat ensued with many dwarves sacrificing themselves too keep the Urikite troops away from the combat.

Maetan and his robed allies proved to be powerful masters of the Way, causing a great deal of harm to the heroes. His mental powers manifested in their minds taking form of numerous serpents all striking with deadly precision. The halflings used poisoned weapons whose slightest nick caused debilitating pain. The mindbenders used their powers to blind and confuse their enemies.

During the fight both Merric and Kelvor suffered nearly-fatal injuries but managed to not succumb to death. As powerful as he was, and with the assistance of an enchanted obsidian orb, Maetan eventually fell to the group’s attacks. WIth their leader defeated, the remaining Urik army scattered to the deserts. Although tempted to pursue, neither the dwarves nor their leaders were in any shape to make a pursuit across the desert.

“Dwarves sacrificing themselves”= Our group tossing the dwarves to their dooms. Heh.

I prefer to think of them leaping in front of Treeyonce’s bootylicious-self bodyguard style.