The Gith Cave
Given the size of the ruins of Yaramuke, the party decided to split up to cover more ground and hopefully locate a safe place to rest.

Daqiq, Jax and Gwyn searched in the northeast corner of the ruins but found nothing except an aggressive patch of spider cacti. They suffered a few injuries, but nothing too serious.

Banoc, Way-lynn and Phyll had more success and discovered a cave entrance in the side of a small cliff. Alerting the other half of the party, they headed in. The cave showed signs of inhabitants, and they were quickly discovered to be gith. The gith tried to ambush the adventurers, but it was no contest. After having slain all but two of the gith, the party explored the rest of the caves and discovered a room with gith young cowering in fear.

Taken aback, the party tried to make amends, but the gith were not willing to trust those who had invaded the caves and slaughtered their family. In the morning the party left, leaving the gith and their treasure behind. Phyll created extra food for the gith, to appease the guilt. 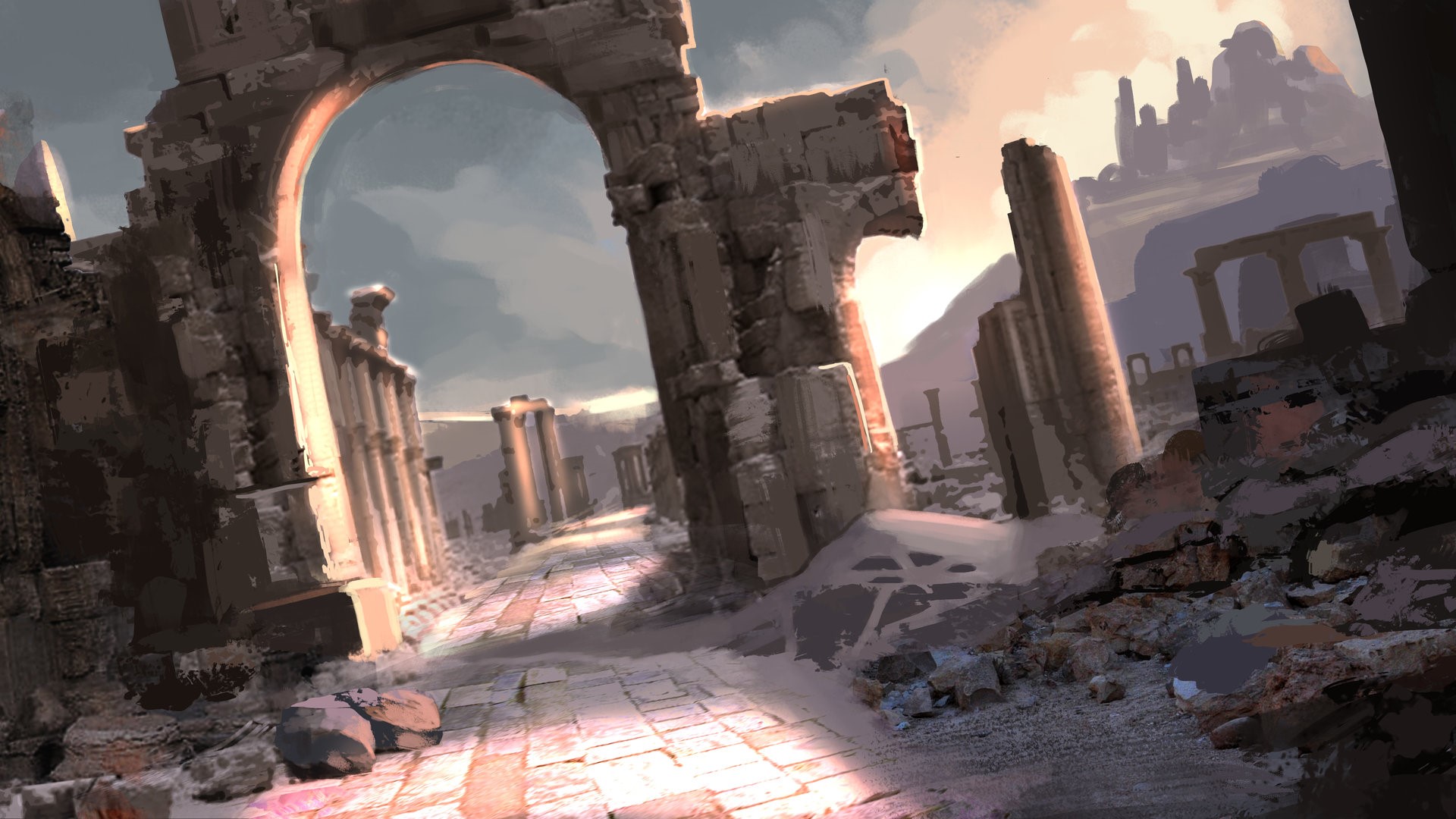 The Temple of Earth
Banoc and Phyll used their magic to try and learn about the ruins and what else they may encounter there. Banoc’s elemental spirits lead him to believe that the palace was protected by powerful magics making it difficult to discover even when the city wasn’t in ruins. Phyll sensed a strong elemental presence and the party headed towards it, having no better course to take.

Eventually they found what appeared to be the entrance to a temple. The doors were barely visible and covered in an immense pile of sand and rubble. The party and the refugees worked for several hours to clear it all out and gain access to the interior.

Inside the discovered several rooms each containing an ancient relic from the past. One room contained an ancient fountain that still had stale, but drinkable, water. Another room appeared to be a workshop of some type that had several desiccated corpses.

The final room held an altar to the elements of earth and resting atop was a large crystal sphere made to look like an eyeball. Pictograms of mountains and earthen wonders decorated the white of the eye. As the party moved to take the orb, a corpse emerged from the shadows . The party recognized it as a dwarven banshee and prepared for combat. The creature instead spoke, warning the party to not disrupt the eye.

The conversation continued and the party learned that the dwarf was tasked to place the eye atop a tower which allowed Sielba’s palace to be blessed and its location revealed. As the tower was destroyed the dwarf was unable to fulfill his focus and became cursed to undeath. The dwarf was stubborn in death, presumably as it was in life, and unwilling to entertain alternatives to his focus.

The party pondered how to obtain the eye…