Tense Negotiations
Although the dwarven banshees were guarded Lena and Jax were able to coax some information out of them. Jo’orsh and Sa’ram told of their oath to protect Kemalok and avenge the dwarven people against Borys. However, they admitted to abandoning this focus and cursing themselves to eternal unlife when they found that to destroy Borys would unleash far greater evils.

If the Dragon dies, Rajaat will be freed. He’ll resume his wars on the Green Races and won’t stop until all of them have perished. We cannot condemn all the races of Athas to death to avenge the dwarves on Borys, or even to spare ourselves an eternity of suffering.

All the while the giants looked on with fear and awe unsure what to make of the situation. Way-lynn, Lena and Iulius stayed at the ready, prepared to strike should any hostilities start up again.

Wreathed in flames, Gwyn tried to be subtle and worked to make a connection to the Oracle, drawn to its power and curious about what she could learn from it. As the conversation turned and Banoc felt they had reached an agreement that would let them leave, Gwyn slipped up and Sa’ram charged at her. Lena’s quick strike stopped him before he could reach her.

Jax was able to persuade Sa’ram to let them go, as no harm was done. The banshee agreed, but warned the group to never mention the Lens or there would be the most dire consequences. To the rest of the groups amazement, they were able to exit the caves without any trouble from the giants or the dwarven banshees.

Two Heads are Better…
The weather outside the caves had turned worse with Banoc’s weather control magic failing. The temperature had risen to unbearable conditions and the winds were raging. As best they could, the party debated the next course of action. Daqiq wanted to find the beast-headed giants and return to attack the human-headed giants. 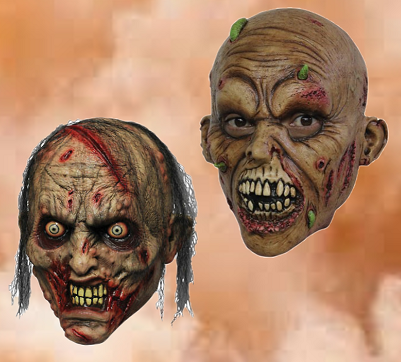 I wouldn’t head in that direction, unless you’d like an untimely death."

The heads greeted Gwyn and told the group that the sorcerer-king of Balic was waiting for them. The head suggested that the party head with them to another boat on the island, one they claimed was used by Tithian and Agis, who had both been killed by the giants.

They party did not know what to do – they didn’t want to abandon the crew and didn’t trust the heads (who kept asking to drink their blood). In the midst of a raging sandstorm, they pondered their next move…

We fucked no matter what

Matt’s comment is the pinnacle of insight. That being said, he’s not far off the mark. Jax and Daqiq are both feeling uneasy because this entire situation feels like more than we signed up for- and we aren’t sure what might become of us if we follow this line of adventure. I do know that Jax wishes she had a baseball bat right about now because knocking these heads towards the sun sounds pretty entertaining.