Liars and Giants and Bears
The party decides that entering the cave cautiously was the best plan, as they did not know how the Joorsh giants would be positioned to defend their lair. Jax and Daqiq went ahead of the group to sneak in and scout out the caverns. Jax demonstrated that she more than equal to Daqiq in her ability to remain hidden. They found several guards but were able to sneak past them without any trouble. The majority of the accessible passageways they found were dead ends, but they did encounter some bears which appeared to be somewhat domesticated by the giants. They were able to keep the bears calm by providing them some food and the bears were curious but content to let them be.

After giving Jax and Daqiq some time, Lena and the others approached the guards who were surprised but not immediately hostile. Lena, acting as the spokesperson for the group was able to convince the giants that they should be given an audience with the chief. Although somewhat suspicious, because of recent encounters with other humans, they agreed. However, only Banoc and Lena were allowed to meet with the chief. 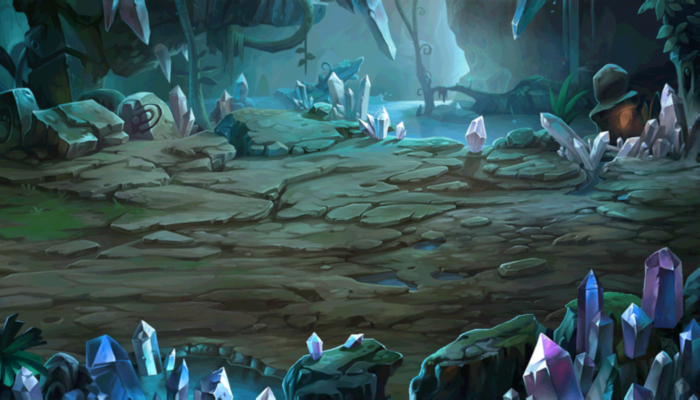 Lena and Banoc were escorted to the chief past many other guards and even what appeared to be a classroom. At the far south end of the cavern, they saw what they assumed was the Oracle, a massive polished piece of obsidian, which radiated intense heat. When they met the chief they proposed that Banoc could control the weather for them in return for access to the Oracle. The subtle details of the deal changed several times with Lena attempting to get more, and planning on deceiving at least one of the giant groups.

Eventually the bargain was struck and they all went to the entrance to witness Banoc controlling the weather. At the mouth of the caverns, Banoc concentrated and showed that he could manipulate the winds and temperatures. The giant chief was impressed and pleased withe the results.

Bored of waiting, Gwyn distracted the remaining guard while Iulius and Way-Lynn uncovered a chamber with more bears and a sizeable amount of treasure. Joined by Dax and Daqiq they managed to grab the more valuable pieces in time to join the Lena as they returned from the cave. They all traveled back into the caves and found themselves before the Oracle.

Oh My!
With the permission of the chief, Gwyn and Jax attempted to use the Oracle to learn about the Green Age and the location of Ehwahla. Banoc used his magic to try and determine the nature of the Oracle and was amazed at the intensity of the magic it possessed. The Oracle appeared to be strong in all types of magic that Banoc was familiar with, including dragon magic, as well as other types he could not identify. The rest watched and waited.

Gwyn experienced a vision of a white tower in the middle of a forested land. The tower was surrounded by a group of humanoids performing some ritual. As the ritual was completed, the sun changed from blue to yellow and the humanoids left the tower. As they did so, they transformed into various familiar races and some that Gwyn had only heard about or seen in ancient carvings. Although it was difficult to tell for sure, Gwyn felt that she knew the approximate location of the white tower.

The vision seen by Jax took her from Mytilene to the east for several hundred miles to a region of the Sea of Silt that churned and undulated. From beneath the silt arose a great worm-like creature, more massive than the large sink worm they encountered. A single piece of gold could be seen near the being’s head. After the vision faded, Jax retained a sense of direction to the location of Ehwahla.

As Lena attempted to work out the fine details with the chief, hoping that these giants would help them in the near future before they demanded that Banoc be turned over to them. The giant chief stated that he felt the bargain was unfair and decided that Banoc should remain with the giants and the others could leave, without any future help. Lena sounded shocked and asked how the giant could go back on his word after promising the help the party.

The giant chief simply leaned forward and responded “I lied”. Lena’s response was simple – she tried to drive a spear into the giants face…