“Well, it was worth a try, and she did say yes.” Wyan said as he spat out fine sand from his mouth. “I guess Kalid-Ma hasn’t perfected his technique yet.”

“Not surprising as his talents always did focus on the Gray.” Sacha commented.

“They just went up a short time ago, I’m sure you could catch your friends.” The Elleandra simulacrum mentioned casually as she returned to the couch and continued to read her book.

“They are not our friends!” the two heads said in unison.

“As you say, it really isn’t any of my business. Nor is your desire to see Kalid-Ma and Li-Am defeated.” And with that the Elleandra simulacrum paid Sacha and Wyan no further attention.

“Kalak squandered the wealth of the city on building his ziggurat, I wonder what he’s done to the rooms the next level up. I doubt that they are full of treasures once again, unless Kalid-Ma brought some with him from the Gray.” There was a mixture of curiosity and anger in Sacha’s voice. 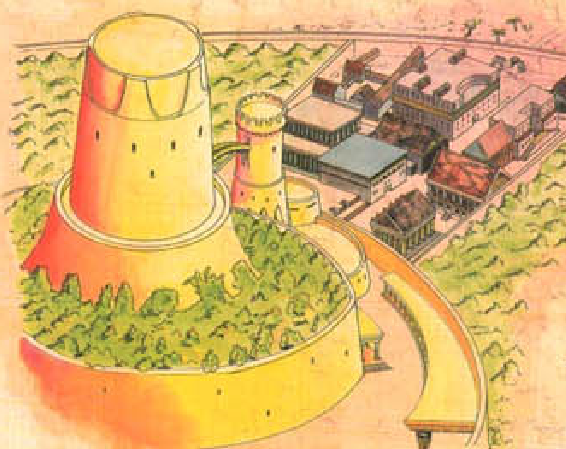 “Maybe more guest rooms? This was a surprise to find her here,” Wyan’s floating head sharply turned and his top knot jerked in the direction of Elleandra’s simulacrum. “and it appears that this Li-Am is far more social than the sorcerer-king.”

“He’ll have to get over that if he wants to attain real power. I’m sure there are banquet halls, recreation rooms and library for entertaining.” What started as a chuckle quickly turned into a dry cough. “The blood just doesn’t last like it used to does it.”

“I’m afraid not. Let’s head up and see if Gwyn and her friends have somehow managed to survive.” Sacha floated over to the concealed stairs and began to silently ascend.

“After you.” Wyan commented as he followed. He paused and looked back at the Elleandra simulacrum. “I wonder where the real you is and if she’d let me take a tiny little sip.”