It was early morning when the gongs sounded the call to battle. Birk and Selonius had just finished escorting the last of the non-combatants out of the fortress and into the mountains a few hours ago. The gongs could mean only one thing, Abalach-Re had returned.

Zul and Arnye heard the gongs and sprang to their feet. Fear set in among the remaining guards and those who had offered to stay behind. The two muls tried to reassure them, but their words were of little comfort. Everyone knew what was about to happen, but still had hope they would be lucky and drive the Dragon Queen away one more time.

Arisphistaneles and Culler had just finished another call for help. His contacts with the Veiled Alliance in Tyr and the patricians in Balic were willing to aid the vital trade fort, but it would be days before they could arrive. Culler had tried to reach out to the giants, for even though they were at odds, the rampaging dragon was a threat to all. They refused to help, hiding away and hoping that the threat would pass them by. Help was needed now and it would not come. 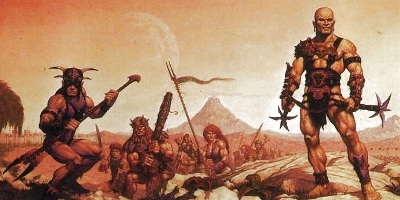 They all gathered in front of the eastern walls and prepared for battle. All of them had sacrificed much to make Altaruk a prosperous trade outpost as well as a bastion of enlightenment in the harsh lands. There was little hope, but still they had to try, if for no other reason than to prevent Abalach-Re from finding the civilians and merchants who were hiding nearby.

She came again, dropping down out of the sky and using her terrible defiling magic to skill scores of the guards at a time. Already diminished from the first attack, their numbers were just too few. Arrows were unleashed, Arisphistaneles used his magic and the rest hacked at her legs, but most attacks bounced harmlessly off her thick scales. She continued to slash with claws and consume them with horrible defiling magic.

Culler was performing her own hit and run attacks on Abalache-Re and providing an excellent distraction even when her attacks missed. Then, the dragon struck Sundiver with a series of attacks, knocking him out of the sky.

Birk saw Culler torn apart, her head separated from her neck with a powerful bite. Zul was working with Selonius to keep the others fighting using words of encouragement and the Way. The injuries were coming too quickly and were too severe for them to counter. Seeking to put an end to his efforts the dragon focused on Selonius and he was her next victim. With a powerful thrust from her tail, he pierced through his chest and crumpled to the ground.

Arnye charged in to draw her attention as she was starting to show signs of fatigue. He parried several attacks, but his weapons were of no use against her defiling magic and he collapsed under a volley of psionic attacks. Birk, ever at his side, was overwhelmed shortly thereafter and collapsed, face first into the defiled ash forming on the ground.

Then the dragon landed near Zul and began to tear into him with claws, sharper than steel swords. He fell into merciful unconsciousness, his last sight was Abalach-Re turning towards Arisphistaneles.

It was no accident that Arisphistaneles was the last to fall. The Dragon knew of him and relished his agony at seeing his friends cut down. Still he continued to hurl energy missiles at her, each one causing a small wound.

Birk rose to his feet and spat blood and sand from his mouth. How long had he been unconscious? What had happened? Looking around at the destroyed buildings that were once Altaruk, the memories of the last few hours came back to him and he wished that he had remained unconscious.

Zul woke as the few survivors began to trickle back into the remains of Altaruk. He struggled to his feet and began to organize the few guards. Once word of the attack got out there would be attacks by all sorts of raiders, looking to steel anything of value that survived the attack. He would not allow that to happen under his watch.

Arnye was found by Birk and nursed back to health over the next few days. The two friends were grateful to be alive, but deeply saddened by the loss of Airsphistaneles, Selonius and Culler. Neither knew what the future would bring for Altaruk, but it would never be the same again.