Rest and Recovery
Several weeks passed after the events at the Ziggurat, giving the heroes time to take a much needed rest and plan out their course of action. Life in Tyr settled down after the defeat of the True, although the leaders of Tyr still had not returned.

Vinara communed with the Wastewalker and the elemental spirits in an attempt to determine the best location to plant the seed from the Tree of Life. She received conflicting advice but one thing became clear, they had less then a month to plant the seed before it would die. After discussing with her allies, they decided to travel to the village of Kled and plant the seed there, hoping it would be safe in the hidden city and also help restore Kemalok to its former glory.

Morg made contact with Quick Wenzer to try and gain more insight into the whereabouts of the leaders of Tyr. Unfortunately no new information was gained, simply that they had disappeared before the events at the Ziggurat. In the king’s absence, the ruling council has begun to pass laws and take a more commanding role in the governing of the city. The hottest topic is what to do about the Dragon’s Levy, which is coming due in a few months. Morg’s personal interests in the events at Kled aligned with Vinara’s, and he was eager to join her.

Kelvor spent a good deal of his time trying to research the history of the Swords of Tyr and Jarvix was able to provide some of the answers he spoken. All of the indications were that the remaining swords were not likely to be in Tyr. His friend Karlen did not have any leads on swords matching the general description, but did pass along information that Castri’s mother had been by looking for him. Kelvor also learned a bit about the route the Dragon was likely to take when collecting the Levy and that there was an increase in patrol from the city-state of Balic. The knowledge likely to be contained in the ruins of Kled was of great interest for Kelvor, so he agreed to join the others on the journey to Kled.

Jarvix was able to use his influence in the Veiled Alliance to gain access to some of the restricted materials in the Golden Tower. In addition to helping get information on Kelvor’s swords, he found some records pertaining to the Orb of Kalid-Ma, once owned by the sorcerer-king of the city-state of Kalidnay. He also uncovered some additional lore regarding the Dragon’s Levy and the strange magic seen in the Fey Engine. Although somewhat unsure, Jarvix agreed to travel to Kled in the hopes of learning more and helping his friends.

Elleandra also talked with the more knowledgeable members of the Veiled Alliance regarding dragon magic and she decided to join the group on their journey to Kled to safeguard the seed and hopefully see it grow into a new tree. Her connection to the seed was evident although the exact nature was still somewhat uncertain. He also spent a good deal of time with Kelvor and Jarvix learning to focus her abilities withe the Way.

Gwyn too decided to join in the with her friends and travel to Kled. After reviewing what she learned in the Book of Kemalok Kings, some of the pieces of the past began to fall together. She was hopeful that there would be more information in the ruins of Kemalok and that her ability to decipher the ancient dwarven texts would continue to be useful.

The Snow Queen
As the group was preparing to leave for Kled, they were interrupted by a visitor to the tattoo shop. A woman, who introduced herself as Krystin, invited Gwyn, Morg, Vinara and Kelvor to a meeting with her mistress, a lady of House Arynd. Kelvor recognized the name Arynd, but knew little about them. Although they felt a sense of urgency regarding their trip to Kled, as well as some suspicion regarding the meeting, they accepted and left for the Noble District. Elleandra and Jarvix followed behind, attempting to not draw attention to themselves.

Inside a darkened building on the edge of the Noble District and Merchant District they were introduced to Adina Arynd who provided them with water and invited them to sit down. She asked about the whereabouts of her son, Castri, claiming to want to attempt a reconciliation with him. Kelvor evaded a direct answer to her question and both sides quickly realized that each new more than they were saying. Adina’s questioning became more direct and she became more upset as the conversation continued. Gwyn was the first to notice that the room felt as if it was getting colder.

Outside the building, Jarvix and Elleandra had moved as close as they could and spotted Krystin in one of the adjacent buildings. Inside raised voices could be heard as Adina became more agitated as her questions about her son started to include the Crown of Dust. The room continued to become colder and Gwyn could feel the defiling power of Adina. In a fit of rage, she proclaimed that the Broken Builders would unravel the world once they had the crown and that the heroes would meet their death if they tried to interfere. 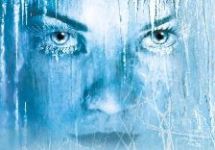 Elleandra moved quickly to be in position to engage Krystin or Adina, harassing them with images of flesh-eating sprites. Kelvor moved to into melee with Adina, drawing her attention away from the rest of the group. To everyone’s horror, Adina knocked over the pitcher of water and it swirled and solidified into an abomination. She called out to the creature directing to to kill the Gwyn, who she referred to as ‘stupid elven scum, like the rest of them.’ The creature slamed into Gwyn with tremendous strength, releasing a blast of intense cold that burned her.

The party quickly realized the severity of the situation as many of their attacks were dodged or deflected by the trio. Jarvix was able to engage and contain Krystin while the others worked to bring down Olafra and Adina, each surviving several perfectly placed blows by Morg and Vinara. Morg drew the attention of Olafra and was briefly knocked unconscious by the ice creature before being revived by Vinara.

Despite limiting themselves to the confines of the meeting room, the group was eventually successful at overcoming the agents of the Broken Builders. Their attackers had little wealth on them and the precious water used to make Olafra quickly disappeared as the heat returned to the room. Jarvix had heard of these cultists and passed what he knew to the rest of the group as they rested and tended to their wounds.