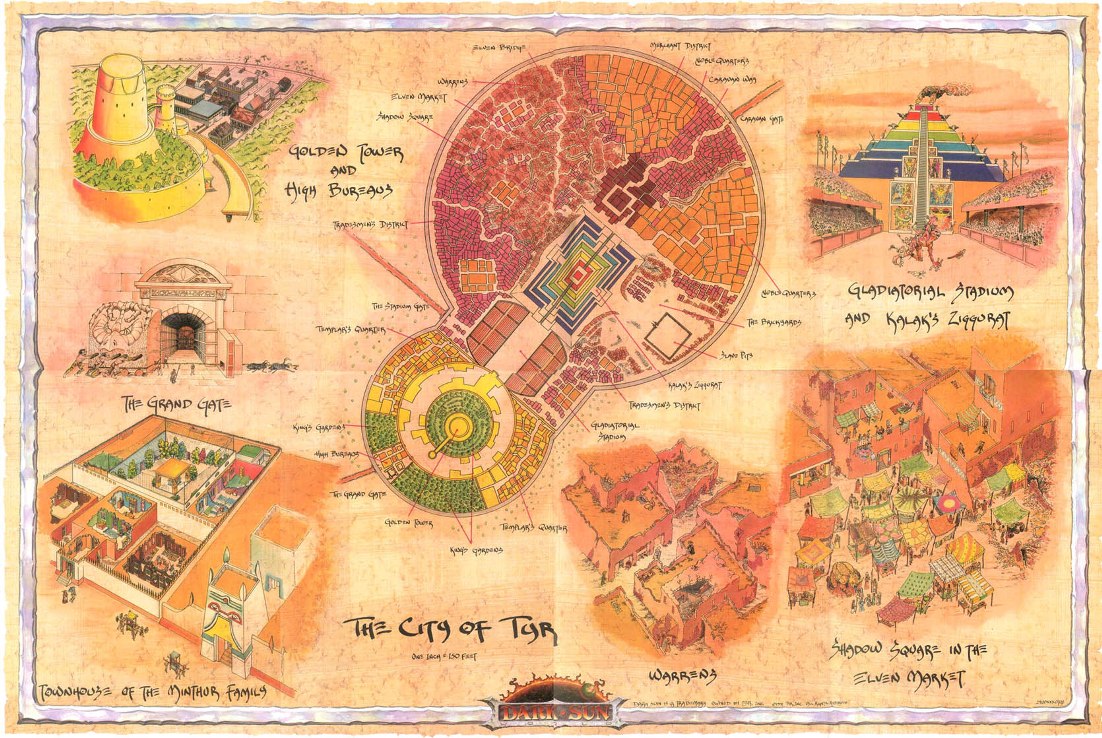 In the weeks following the death of the resurrected sorcerer-king Kalak, the heroes were able to take a much deserved rest and took time to reflect on recent events. They attempted to put perspective on events and to begin to plan their next course of action…

Has there been any reports of random deaths around, I mean beyond the usual stabbing and what not

Reports of random deaths are not out of the ordinary. However over the weeks a small number of elves have been turning up dead. Mostly in the elven market, bit in other parts of the city as well.

If you want to investigate the murders, we’ll need some dice rolls when we get together again.

Ok, on it do we want to do this before next session?

I think we can do this during the next session. Might be lots of things that are demanding people’s attention…

Sweet and I am participating on here yay

The Forest Ridge is not that far from Tyr…this would likely be the best place to visit in order to plant the seed. I’d like to travel there with VInara and the seed. And probably a couple others.

Question for the group: Should we visit the halflings again? I don’t think it would be a bad idea.

Also was Kalak a dragon in his original form?

500xp to the first person who posts the correct detailed response to this question.

Kalak was not originally a dragon, but was in the shape of a man. He was attempting to use the Ziggauraut in order to become a dragon but was never able to fulfill his dream.

Also Elleandra… Maybe we should all just head to the Forest Ridge.

If only there was democracy on Athas…