The battle in the arena of Trinth continued. The golems released from the white door were defeated with great effort as the creatures were resistant to the majority of the weapons and spells used by the party. The red door was opened next, revealing a group of gladiators from Athas and other lands. Two of these gladiators were known to Gwyn – Birk and Iorskan – her former adventuring companions. Birk and Iorskan joined forces with Gwyn and the others, easily dispacting the other gladiators.

More winnings were exhanged and additional bets were placed on the outcome of the next battle. Despite the turn of events, Trnith continued to look on and appeared to be satisfied with the outcome of each fight. 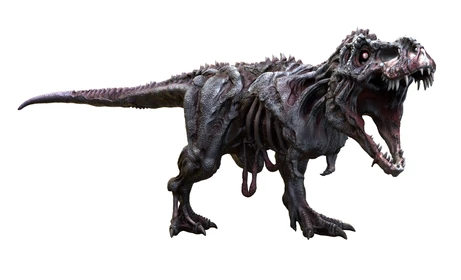 The green door was opened next and a monstrous undead lizard appeared. Although this lizard was capable of swallowing gladiators and vomiting forth zombies, the beast was defeated with ease.Only a three doors remained, their odds of finding freedom increasing with each combat.

The purple door was opened next and massive swarms of rats emerged. The rats had a strange purple glow about them, which could be seen coming from their exposed brains…