The Astral Engine
Deep in the Ruins of Pluton the situation was dire. Jax was dead, her life snuffed out by Dregoth. Gwyn, Banoc and Lena were dying quickly for each had been battered by Dregoth and their life drained to fuel his spells. Only Way-lynn and Daqiq were standing and neither was normally one that someone would turn to fore healing.

Daqiq knew that Banoc was the key to surviving and he did his best to patch up his wounds and stabilize him, as Banoc had done many time to Daqiq in the past. Banoc’s, breathing eased and the blood stopped flowing from his wounds. Daqiq breathed a sigh of relief as it looked like he would live.

Way-lynn attempted to follow Banoc’s instructions, but the new halfling was not as successful and they were unable to make any progress towards stabilizing their dying friends. In the commotion, Lena’s life slipped away and she grew still.

Gwyn managed to find the will to keep going and she also stabilized with the help of Daqiq.

For the next several hours all Daqiq could do is wait and hope for the best. As time slowly passed he felt a wide range of emotions – hopelessness, anger, fear and more. After about two hours Gwyn slowly came back to consciousness, but Daqiq was still inconsolable at the loss of Jax. An hour or so later Banoc woke from unconsciousness and Daqiq became manic, wanting Jax brought back to life. Weakened from his near death experience, Banoc did his best to curb the mania.

Searching through the components of Absalom, Banoc discovered that he had all he needed. He proclaimed that he would be able to revive both Lena and Jax, but needed time. Waiting was not what Daqiq wanted to do, but there was little choice. After regaining his strength and meditating on the elements, Banoc used his magic to restore life to Jax and Lena – an impressive display of power.

For two more days, the party rested and regained their strength while they pondered their options for getting out of the chamber. They could find no exits or portals and there was nothing of value that survived the explosion of the dragon skull phylactery of Dregoth.

Banoc calmly announced that he could use his magic to send them back to Athas, assuming that the chamber was not warded against such magics. However, he and Gwyn felt confident that the protections on the room only prevented people from entering, not leaving. Banoc warned the group that they would travel to a Veiled Alliance safe house in the city-state of Balic and that there was no telling what they would find there.

Villa Nauripides
With a strange sensation of being immersed in cool water, Banoc’s magic transported them to a shrine to the elements of water. Banoc explained that they were beneath Villa Nauripides on the southern edge of Balic and that this was a concealed room beneath the basement of the villa. They cautiously exited and found that the villa had been ransacked leaving nothing of value and no inhabitants.

Unsure what to do or where to go, they separated and headed into the city-state to look for supplies and information. Those that needed new gear were able to procure it and there was enough gems and jewelry to obtain a large number of survival days and food for whatever journey they decided to embark on. They also gained a lot of useful information regarding current events… 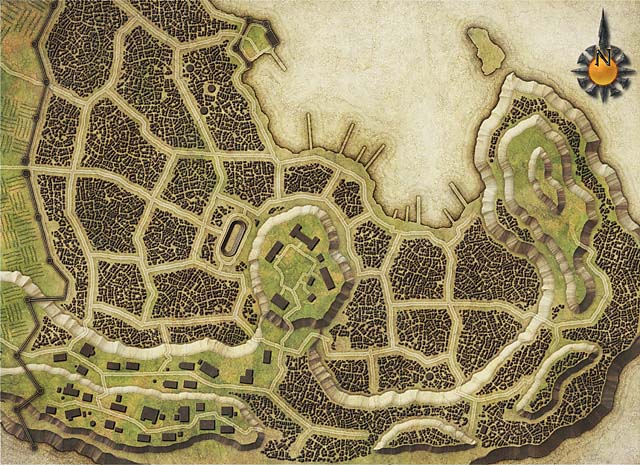 That night they all returned to the villa and discussed what they learned and where they wanted to go.