After a long, slow march from the Ruins of Yaramuke to the Black Waters Oasis, the party encountered a strange hermit named Phabum who they learned was a druid that tended the Oasis. The party was able to convince him to assist in the purification of the water and they began to cast the spell from the Scroll of Blue Waters. As they did so, hundreds of undead began to rise from the ground and attack the party.

Phyll protected Phabum and Banoc as they worked to complete the ritual. Daqiq and Way-lynn attacked the undead, attempting to thin the numbers as best they could. Gwyn used her magic to summon a ring of fire around the casters, attempting to shield them from attacks while blasting other undead with fireballs. Jax used her magic to push back the mass of undead and summoned spiritual guardians to protect the party as they fell back into the oasis to protect Phabum and Banoc. 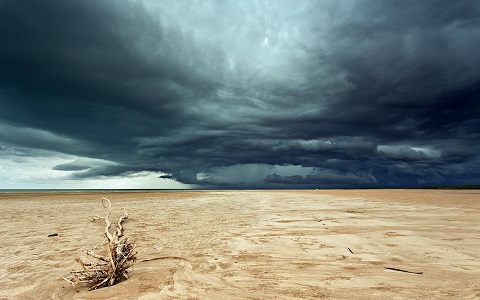 The spell was completed and the scroll melted into water and the oasis turned a healthy shade of blue. Some of the zombies faded into dust, but those remaining become rejuvenated and are alive once again. A thundercloud formed above the oasis, lightning crashed, hitting the monument, and rain fell for a few moments. Phyll caught Banoc and Phaebum as they fell to their knees, exhausted. The rain renewed the refugees’ health and Gwyn and Way-lynn found that they were now fully alive.

All enjoyed the cool, clear waters of the Oasis and discussed where they would go next…